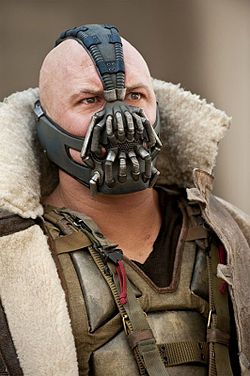 If you watched the Nolan Batman Trilogy (“Batman Begins” to “The Dark Knight Rises”), you may have noticed a phrase that was uttered throughout. In “Batman Begins,” our hero is told to use “theatricality and deception” as “weapons against the uninitiated.” He was being told to use small explosions and smoke to distract his opponents and gain an advantage. He took that a step further and created the Batman persona in order to protect those he loves from retaliation when he went after the bad guys.

As you can see, Batman wasn’t the only one using theatricality and deception. His adversaries also did, to deadly consequences. In “Batman Begins,” the League of Shadows releases a toxin to bring fear to the people of Gotham. In “The Dark Knight,” the Joker uses a lot of deception to play games with our hero and the Gotham City Police Department. And, in “The Dark Knight Rises,” Bane hides in the shadows and acts from within them, very patiently, until he stikes and holds the city hostage.

It is also Bane who says something about theatricality and deception:

“Theatricality and deception, powerful agents against the uninitiated… But we are initiated, aren’t we, Bruce?” Some days, I feel just like Batman did at the end of that fight, to be honest. END_OF_DOCUMENT_TOKEN_TO_BE_REPLACED